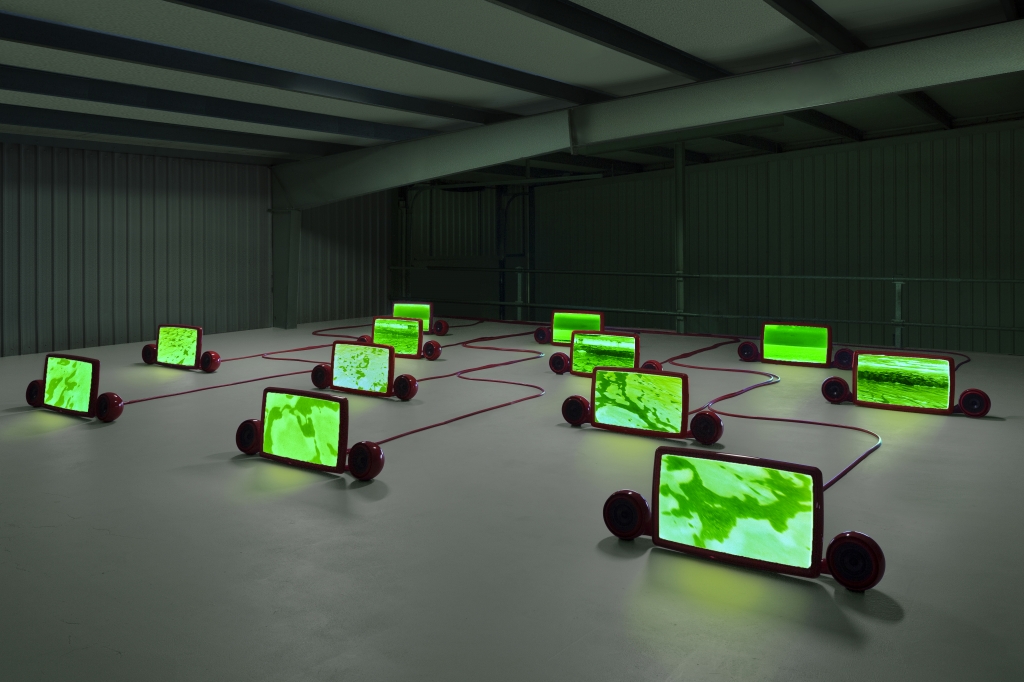 'Heimweh' at Kunsthal KAdE & at On The Inside

‘Heimweh’ displays the breaking of waves on a sandy beach fragmented across 12 screens.The waves and their sound move gradually towards the feet of the spectator. At one point the waves turn into a green haze.

‘Heimweh’ started as a reflection on earthly life by considering what most embodies being on earth. When traveling to Mars, for instance, the major missing element would be the sea. As the waves turn green, they deform, similar to memories that get blurred over time. When the green finally subsides, the clear sky and sea emerge again with a sense of relief.

While the breaking of waves recalls moments of relaxation, the current political and climate crises cause us to reconsider this notion dramatically. It has become the element that most profoundly resembles the current state of the world: sea levels rising, littered with plastics both visible and invisible, and refugees washing ashore. Today the sea is no longer a symbol of the home we long for, but a bleak reminder of the world we lose a little more each day. The breaking of waves in ‘Heimweh’ are a wistful homage to our dear planet. The green haze invokes notions of environmental damage and the sea as something dangerous. This highlights the dualistic relation we have to the sea, both literally and symbolically. It is powerful yet serene, beautiful but dangerous, and continuously keeps us suspended between what once seemed right and now is brutally disturbed.

The physical, plastic TV casings draw attention to the act of broadcasting: fragmented and as if being washed ashore themselves.