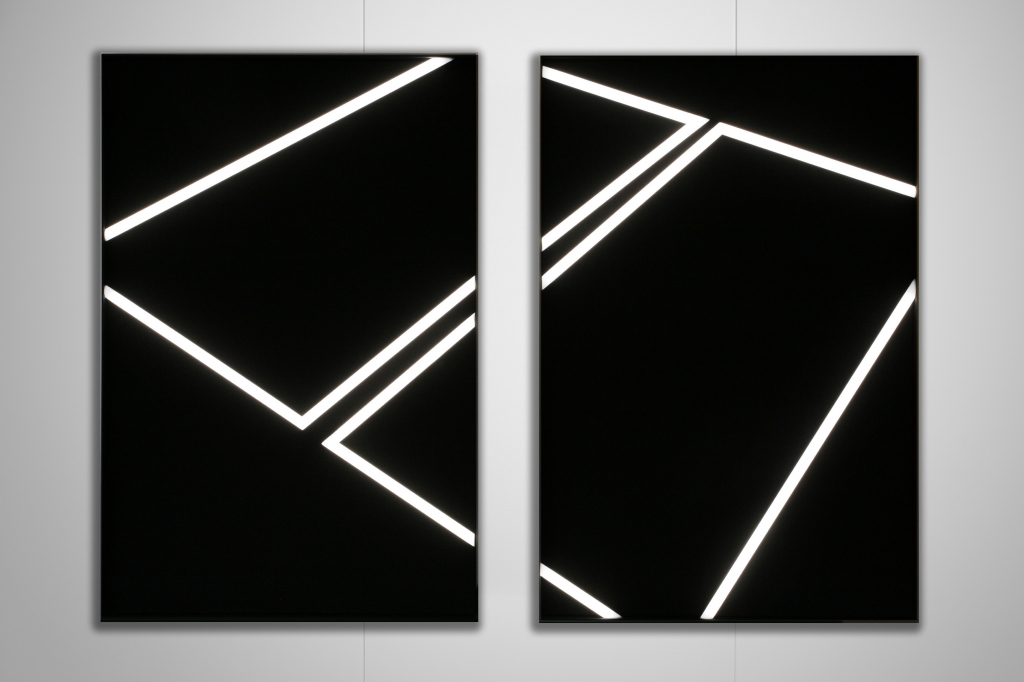 Planes (series)
'Planes' is a diptych wall-piece installation that partially follows the concept of the ‘Lumen Balance’ and ‘Lumens’ light installations. However, instead of continuing to draw with light freely in space here, the LED tubes are constrained by the boundaries of the omnipotent frame so dominant in all forms of painting. Unlike most paintings, ‘Planes’ contains a double frame by using the light tubes to contrast the hard black rectangular shapes of the work’s canvas, producing both a flat geometrical image, as well as the illusion of depth within a flat surface.
'Planes’ can be considered a profound attempt to literally paint with light, manifesting the ability to show how light is both a sensory and affective form of energy, as well as a solid, material entity.
Text: Menno Vuister